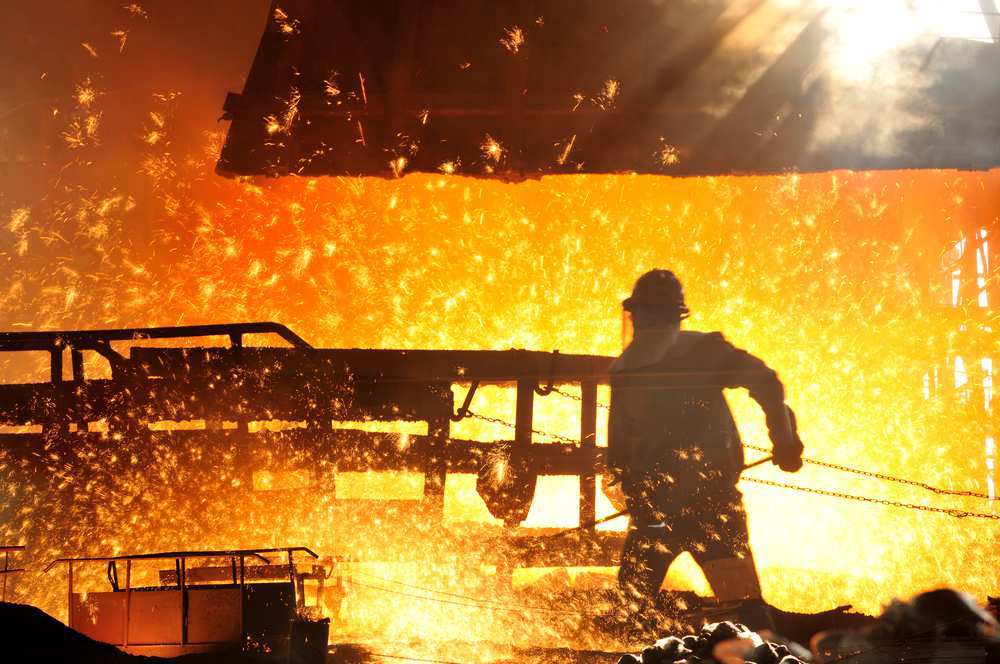 Coal generated less than 2% of Britain’s electricity in 2020, despite being the largest single energy source seven years earlier. While the country’s electricity gets cleaner every year, there’s one sector where this carbon-rich fossil fuel remains difficult to replace: steelmaking.

If approved, Woodhouse Colliery in Cumbria would be the first deep coal mine to open in the UK for 30 years, and it would produce 2.7 million tonnes of coking coal annually for the steel industry.

Steel has a high strength-to-weight ratio and is relatively cheap to produce – qualities that make the material invaluable in construction and the car industry. As a major component of wind turbines, steel will be a big part of the transition to green energy too.

That’s partially why the global demand for steel is forecast to increase by more than a third by 2050. This could be bad news for the planet, though, as steel manufacturing already accounts for 7% of CO2 emissions worldwide and 2.7% of UK emissions.

The world needs to find a way to make lots of steel while reducing the industry’s carbon footprint. And the government’s independent Climate Change Committee has recommended that steelmaking in the UK should reach near zero carbon emissions by 2035. So what’s the best route to a low-carbon steel industry?

How to make steel

To produce steel, iron ore is mined, processed and then alloyed with carbon and other elements. Coking coal, a form of coal with a high carbon content, plays three different roles in this process. It can help turn iron ore into iron, process iron into steel, and it’s also a fuel that can help power these processes.

Finally, iron is converted to steel by altering its carbon content in a basic oxygen furnace. Globally, 90% of the steel produced from iron ore is manufactured using this process.

A carbon-neutral steel industry could substitute coal in each step of this process. But at the moment, coal remains the most cost-effective option in most cases.

What are the alternatives?

However, integrated steelworks aren’t the only place steel is produced – 630 million tonnes of steel scrap is recycled each year, saving lots of energy and 950 million tonnes of CO2, which is more than the annual emissions of the EU’s entire transportation sector. Recycling mainly takes place in an electric arc furnace, where electricity is used to melt and process scrap metal.

But this depends on vast quantities of scrap steel, and a 2015 study found that 85% of stainless steel is already recycled after its first use. There’s little room to increase the percentage of scrap in new steel in Europe, so manufacturing steel from iron ore will still be necessary in the future.

Direct reduction of iron ore to form iron is another process that uses less energy than a blast furnace. Natural gas is the fossil fuel of choice for 90% of plants using this method, concentrated in the Middle East and North America where gas prices are low. In 2018, only 100.5 million tonnes of steel were produced this way – just 5.6% of the total.

Directly reducing iron ore using hydrogen generated by clean electricity – otherwise known as green hydrogen – and then processing that in an electric arc furnace also powered by green electricity, is one method for producing low-carbon steel. Continuing to use coal in integrated steelworks, but capturing and either using or storing the CO2 emitted, is another.

Direct electrolysis, where iron ore is turned directly into steel using electricity, also has potential, but it’s a long way from being commercially viable. With time running short, the surest route to the 2035 deadline for decarbonisation is to use the direct reduction method with hydrogen in electric arc furnaces, or use coal in integrated steelworks with carbon capture and storage. Globally, both are likely to play a role.

In the UK, 95% of emissions from steelmaking come from just two sites. It’s here the country’s path to a decarbonised steel sector will be decided. The recently published industrial decarbonisation strategy doesn’t specify what technologies must be used, and so doesn’t exclude the continued use of coking coal so long as the carbon emissions can be captured and used or stored.

Carbon capture is already a competitive option for decarbonising industrial processes such as ammonia production. But CO2 mixes with other gases in steelworks emissions, making the capture process more difficult.

Globally, it’s likely that coal will continue to be used for making steel in the 2030s and beyond, due to the lifespan of existing plants and the immaturity of low-carbon alternatives. Fortunately, coal use in steel manufacturing by 2050 would still be compatible with the Paris Agreement, as long as emissions were 40% of today’s levels and about a third of those were captured. Hydrogen and electrification would do the rest of the work.

Coal use in steelmaking does not need to cease immediately, but guaranteeing that the future of steelmaking will be low-carbon requires action now. Continued coal use must be met with radical improvements in carbon capture and storage technology – it’s here the industry needs to show it can keep up.

This article is republished from The Conversation under a Creative Commons license. Read the original article.