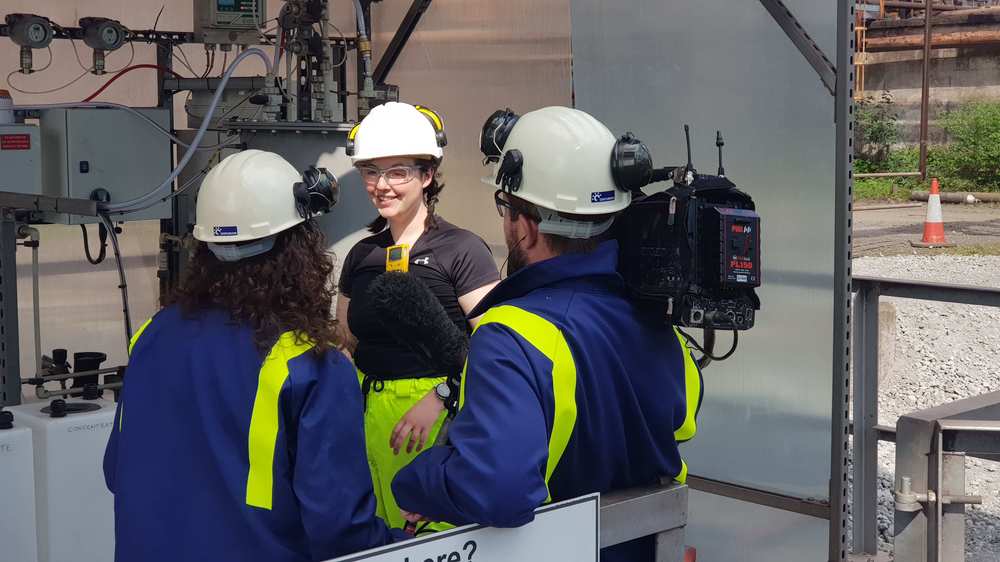 The Sustainable Environment Research Centre’s (SERC) COACE project has been named the winner of the 2022 Lettinga Award at the 17th World Congress Conference on Anaerobic Digestion, AD17.

AD17 took place at the University of Michigan between the 17th and 23rd of June, with the award announced at the closing ceremony on the final day.

The COACE process bubbles off-gases from the blast furnaces on site through sewage sludge containing bacteria that consume carbon monoxide and carbon dioxide.

The product from those bacteria is acetic acid, which can be used for a huge range of commercially viable end-uses such as paints, bioplastics and polymers, where production currently relies on fossil fuels such as gas and oil.

After collecting the award, Dr Chalmers-Brown said: “We are incredibly proud of the COACE project and the way it has brought academia and industry together. We have begun to collect results and are excited to begin deeper investigation into process optimisation and mechanisms.

“Whilst the COACE pilot investigates the conversion of Blast Furnace Gas, there are many industries that produce carbon rich gas streams that carbon conversion and utilisation processes could be applied to.”

Professor Alan Guwy, head of SERC, added: “It is a proud moment for the team to be recognised with this international honour, and for the success of the COACE partnership. This is just one of the projects SERC is involved in to help industries meet environmental targets and work towards a zero-carbon future. By helping them to recover and recycle their by-products can be put to good use instead of releasing them into the atmosphere.”

Tata Steel’s R&D Director Sumitesh Das commented: “We have a long history of working with some of the best universities in the UK in order to push forward the boundaries of technology. Our work today includes finding solutions to some of society’s greatest challenges such as climate change. We are delighted that our work collaborating with the University of South Wales has ben recognised in such a prestigious forum.”

The Lettinga Award was initiated in 2001 by the Lettinga Foundation to stimulate the development and implementation of anaerobic treatment technologies worldwide. It is awarded to a project or idea focused on innovations in the field of anaerobic technology aimed at cleaner energy production, resource recycling, sustainable development, and/or resource conservation.