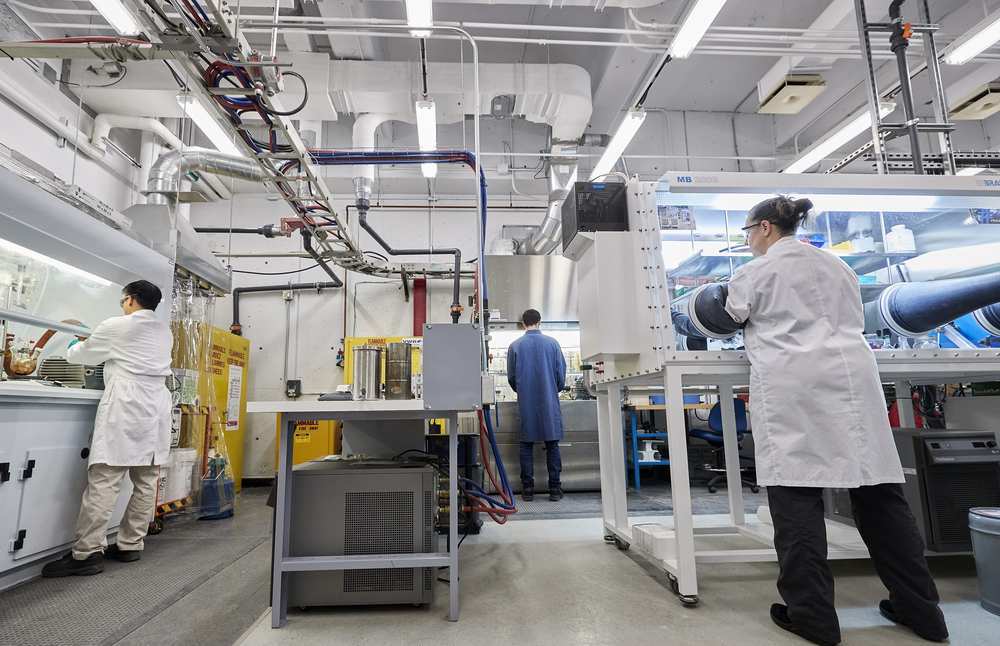 New hydrogen storage technology is a step-closer thanks to a new research and innovation agreement between Hydro-Québec’s Center of Excellence in Transportation Electrification and Energy Storage (CETEES) and the University of South Wales (USW).

The two organisations have signed commercial agreements to transfer the patented hydrogen storage technology arising from USW research to Hydro-Québec, to enable its commercialisation as part of ongoing efforts to decarbonise industry and provide alternative, cleaner sources of energy. This technology allows for the hydrogen to be absorbed into the material at higher concentrations and densities thus increasing its capacity for hydrogen storage.

This technology, for which the results were published in 2019, has several key advantages over existing hydrogen storage options, namely:

The applications for this novel energy storage technology are numerous and include transporting large quantities of hydrogen safely, or being able to have reservoirs of hydrogen-powered vehicles that can hold larger quantities of hydrogen in a smaller space, making hydrogen more viable for a variety of vehicle types while bringing the cost down significantly.

Hydro-Québec will work with the patents developed by USW over the next two years to bring them to the commercialization stage.

"Hydrogen is considered an important key to allow the decarbonization of several sectors of the economy which cannot easily be electrified. However, several challenges need to be overcome in order to bring it to mass market, with a major one being its storage. We are thus very excited to work with The University of South Wales to tackle one of these major challenges.” Jean Matte, Senior Director of Hydro-Québec’s research center (CRHQ).

“The Sustainable Environment Research Centre at USW and colleagues working in Chemistry, have been working to develop hydrogen-based technology for many years. They have built-up considerable expertise in this area by working with our international partners, including Hydro-Québec. Supporting a sustainable environment is something that we are continually working towards as part of wider efforts to decarbonise sectors such as industry and transport, to improve air quality and limit long-term health impacts.

“This agreement with Hydro-Québec to commercialise our research into hydrogen storage is a fantastic step forward and one which we hope will have a real impact on enabling greater use of green energy and tackling climate change.” Professor Paul Harrison, Pro Vice-Chancellor for Innovation and Engagement at the University of South Wales

“I am very pleased to see continued collaboration between the University of South Wales and Hydro-Québec; particularly given Welsh Government support helped to seed the project.”

“Hydrogen energy is one of the key ways we can shift our reliance away from fossil fuels, and work towards becoming a greener nation, in line with our goal of becoming a carbon net zero nation by 2050. Our recent Hydrogen in Wales report outlines our vision of how we intend to create more opportunities in Wales for a hydrogen-enabled economy, in line with our Low Carbon Delivery Plan.

“As well as paving the way towards newer, greener technologies, collaborations such as these accord exactly with our International Strategy, which was published last year.

“I wish the collaboration between USW and Hydro-Québec every success, and look forward to hearing more on its work in future. “ Lesley Griffiths, the Minister for Environment, Energy and Rural Affairs, Welsh Government

“The partnership announced today between Hydro-Québec and the University of South Wales is in line with government guidelines to position hydrogen at the heart of the energy transition. This collaboration will allow the commercialization of innovative energy storage technologies that aim to reduce GHGs in several sectors, including transportation, which is responsible for more than 40% of GHG emissions. Our government wants Quebec to be recognized as a world leader in the production of green hydrogen on a global scale, just as we are recognized for our electricity. We salute this collaboration, which highlights our expertise and contributes to Quebec's influence around the world.” Jonatan Julien, Minister of Energy and Natural Resources, Government of Québec

“As Minister for International Relations and La Francophonie, I am delighted with the announcement of this promising partnership in innovation and hydrogen storage between Québec and Wales. This collaboration is a perfect illustration of the importance of bilateral cooperation in fostering economic recovery, increased trade, access to markets and supply chains, as well as initiatives aimed at developing business and investment opportunities in both Québec and Wales.” Québec Minister for International Relations and La Francophonie and minister for Immigration, Francisation and Integration