SERC has been working on improving the performance of hydrogen and methane production from biomasses resources using naturally occurring micro-organisms.

Other optimisation techniques include the development of molecular biology techniques such as Q-PCR and pyro-sequencing to identify productive microbial cultures or systems. The integration of a biohydrogen production reactor with a conventional methanogenic reactor treating wheat feed (a co-product of wheat feed) showed a 37% increase in methane yield and when fodder grass was used an 18% improvement in methane yield was also achieved. As a result of their work the SERC team has developed an improved integrated anaerobic bioprocess with significantly improved productivity over conventional biogas systems.

This work also identified that the quality of biogas could be enhanced with the addition of a hydrogen rich biogas and the added advantage of better process stability and improved waste stabilisation.

SERC are working on an even more advanced process that couples the biohydrogen fermenter with microbial electrolysis instead of the biomethane process to produce a 100% H2 biofuel. The biohydrogen process could also be used to produce liquid high in volatile fatty acids as a platform for the production of sustainable chemicals.

Established in 2008, SERC’s Wales Centre of Excellence for Anaerobic Digestion provides support and technical services to the AD industry, industry stakeholders, policy developers and regulators. Our aims are to facilitate the development of a robust anaerobic digestion infrastructure within Wales, to foster innovative solutions that maximise the environmental and economic benefits of the process and products, and to encourage long term growth of the industry.

We have published 19 international refereed journal papers in the area of biohydrogen and biomethane production and microbial electrolysis (ME) production of hydrogen as well as one patent application.

Funding has been sought from the UK research councils and European Framework funds to further support this work.

In particular, this area of research was the only hydrogen production research supported in the EPRSC SUPERGEN Sustainable Hydrogen Energy Consortium renewal operating from 2007 until 2012.

Funding has been recently granted as part of the EPSRC to investigate the integration of electrodialysis and ME to further enhance the production of hydrogen from low grade biomass. The H2&FC SUPERGEN Hub champions the complete hydrogen and fuel cell landscape in and outside the UK.

SERC has two members on this consortium’s scientific board, thus representing this key area of research within the consortium and globally. The University’s expertise in the work of both biohydrogen and biomethane research is recognised internationally by the selection for the UK representation on the International Water Association Anaerobic Digestion Committee and the IEA-HIA Annex 21 Task group for Biohydrogen. 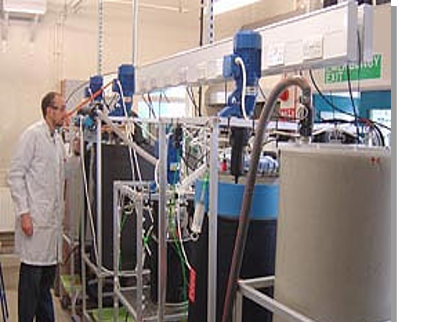 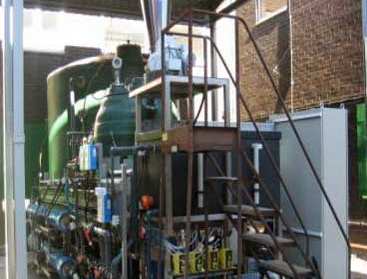