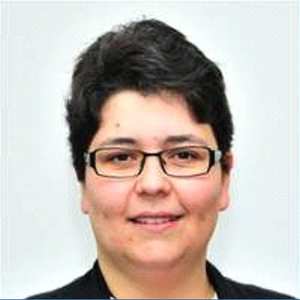 Sandra Esteves is a Professor in Bioprocess Technology for Resource Recovery: Energy and Materials at the Sustainable Environment Research Centre, University of South Wales and also directs the Wales Centre of Excellence for Anaerobic Digestion. Sandra has a BSc (Hons) Energy and Environmental Technology and a PhD in the Monitoring and Control of Anaerobic and Aerobic Treatment Processes. Sandra has 20 years experience in anaerobic processes technology for resource recovery and her R&D has been funded by EPSRC, Welsh Government, EU-IEE, EU-FP (4, 6, 7), Carbon Trust, NERC, RU-ERDF, EU-A4B, EU-KEF, Innovate UK and BBSRC for over £9M. Sandra has also provided technical consultancy and support to government and industry (including over 100 companies). Her research has focused on design, monitoring, modelling, control and optimisation of anaerobic and aerobic processes, sensor development, microbial ecology and profiling, feedstocks and digestates characterisation, pre and post processing, power to gas conversions and biological biogas upgrading, carboxylic acids and polyhydroxyalkanoates production and systems LCA/economics benchmarking. Current interests extend to a wide remit namely the integration of anaerobic bioprocesses in biorefining as well as with a number of other industrial processes and energy systems.

She is currently part of the Scientific Advisory Council of the European Biogas Association and the UK ADBA Cost Competitiveness Task Force. She was a co-director of the KEF Waste Treatment Technology Network and the KEF Consortium for Industrial Training in Waste Treatment Technology. She has been a reviewer for UK and other European research councils as well as a panellist for funding competitions related to the full scale deployment of AD/biogas systems. She has contributed to the development of the PAS 110 and the standard environmental permitting rules for AD plants.

She launched the MSc Renewable Energy and Resource Management and was the Project Manager for the EU-ESF grant on HE Skills in Renewable Energy. She lecturers on the MSc on waste and wastewater treatment processes and environmental policy and legislation modules and is the module leader for the specialist module ‘anaerobic treatment processes’. She has also lectured on environmental and energy technologies in HE Institutions in Portugal and in Malaysia. She has been previously work as a H&S and Environmental officer for DELPHI Automotive Systems in Portugal as well as an environmental consultant for SEIA in Portugal.

Sandra has led and has been a co-investigator for numerous R&D projects. Which have been funded to over £9M e.g.

She has co-supervised over 60 MSc thesis, has managed/mentored twelve post-doctoral fellows and has conducted the following research programme supervisions: